Freestyle skiing is an artistic competition performing aerial acrobatics while freely gliding down a slope, and because of its diversified nature, an analogy is often drawn with a circus on the snow. Unlike Alpine Skiing where athletes compete for speed, Freestyle Skiing characteristically allows athletes to compete in aerial skills such as back flips and twists. The Olympic Winter Games include 10 freestyle skiing events: Moguls, Aerials, Ski Halfpipe, Ski Cross, and Ski Slopestyle. 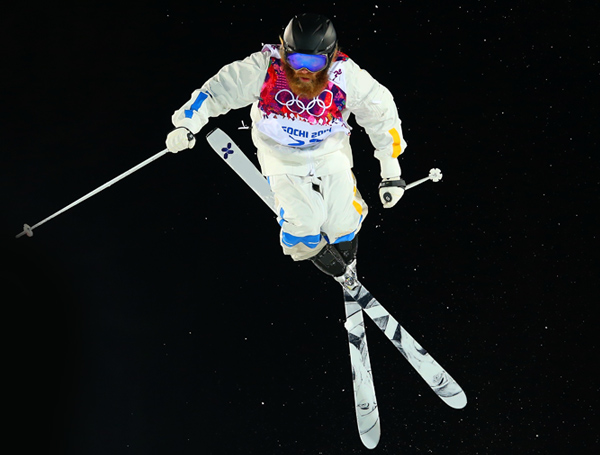 In general, moguls are naturally formed bumps or ones that skiers create piling on snow while skiing. But for sports competitions, moguls are created artificially.

The event proceeds on moguls built on the slope, with an average tilt of 28 degrees, a difference in elevation of 110m, a course length of 250m, and a minimum course width of 18m. And the middle portion of the course has two jump sections.

The score is made up of 50% the turning technique, 25% the air manoeuvres, and 25% the speed. There are a total of seven judges including five turn judges and two air judges. 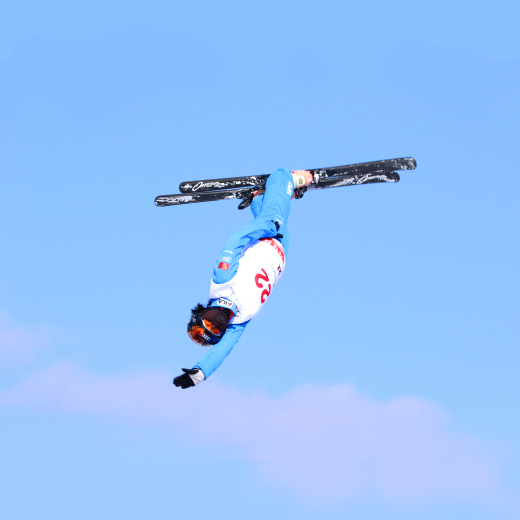 In Freestyle Skiing Aerials, athletes ski off 2-4 meter jumps that propel them up to six meters in the air to perform twists and flips.

Five judges use a 10-point scale for grading three elements: 20% for air performance (take-off, height, and length), 50% for form (style, execution of motion, and accuracy), and 30% for landing.

The final score comes from multiplying the difficulty score by the total score from the three judges excluding highest and lowest scores. 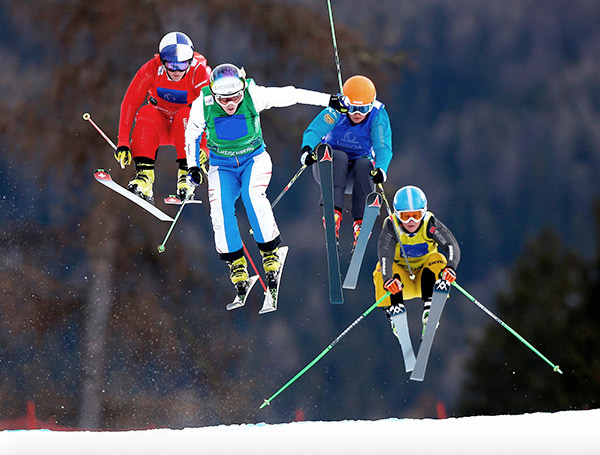 In Freestyle Ski Cross, a group of four athletes compete on a course organized with various terrain structures such as banks, rollers, spines, and jumps, and the order decides their ranking as they reach the finish line.

Scores from two qualification competitions are combined to decide 32 to 36 athletes for the next round. Top two skiers from one group advance to the next round. 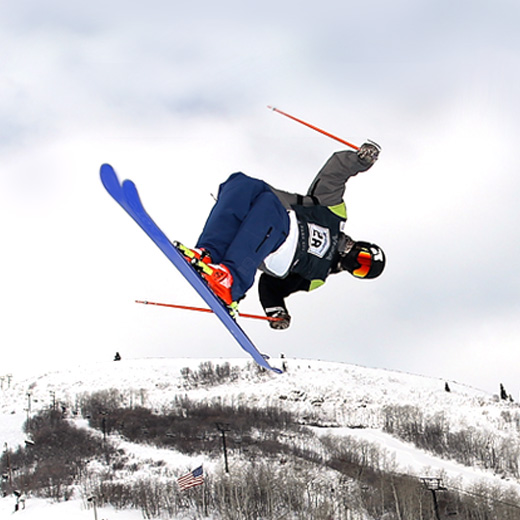 In this competition, skiers glide down a halfpipe slope performing aerial skills such as jumps and turns.

With a full score of 100, five judges grade the skier’s general performance such as height, turn, technique, and difficulty, and the average makes the final score. An athlete performs twice, and the higher score decides the ranking.

The dimensions of the Olympic course of Ski Halfpipe include an average inclination of 17 or 18 degrees, a slope length of minimum 150 and recommended 170m, a halfpipe width of 19 to 22m, and a height of 6.7m. 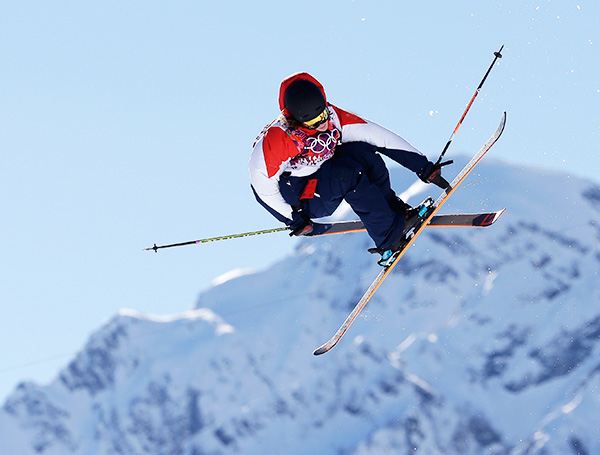 Freestyle Ski Slopestyle takes place on a course that is composed of various obstacles and terrain features such as rails, tables, boxes, walls and jumps. Athletes can choose their obstacles for their performance.

Five judges grade the general performance according to height, turn, technique, and difficulty on a full score of 100, out of which an average decides the ranking. Athletes perform twice, and the higher score will decide the ranking.

Through the qualifications, up to 24 men and 12 women can advance to the finals.

The dimensions of the Olympic course of Ski Slopestyle include a difference in elevation of 150m, an average inclination of minimum 12 degrees, a minimum width of 30m, minimum six sections (obstacles and jumps), and at least three jumps.